Yes, resending emails to your subscribers does help your open rate -- it’s just simple math (more on that in a second). But as email clients evolve, and the average email user becomes more privacy-conscious, you can risk upsetting or annoying your subscribers with this tactic.

Keep reading to learn about why this seemingly simple tactic (a technique termed double-opens) isn’t always a win for your newsletter, and how it can lead to increased unsubscribes and lower newsletter health.

What it means to resend emails

Tools like Mailchimp, and more recently, ConvertKit, have added support for resending unopened newsletters. For instance, if you’ve sent an email to 100 people, and only 30%, or 30 subscribers, have opened the email, resending it means that the other 70% will receive the email again -- often with a variation on the subject or content, if you choose to update them.

Noah Kagan of AppSumo calls this process of resending emails to un-opened subscribers the “double-open” (OkDork), and posits that it’s a two-step hack to easily increase open rates:

Step 1. Take the SAME email you sent and CHANGE the subject line to something new

Step 2. Email it out a week later JUST TO YOUR NON-OPENS

The results speak for themselves:

That’s a huge win for Noah, and an extra 7000 readers of your email is, of course, nothing to sneeze at. But is it really that simple? Is it a no-brainer to always send out “double-open” emails?

This was a question posed recently in the Newsletter Crew community. In this blog post, I want to first answer this question: “does resending emails work?”. I'll also some perspective on whether this tactic is successful, and if it’s successful, if it’s worth doing.

As I mentioned at the beginning of the post, double-opens do work. Specifically, if you’re looking to increase the open rate of your emails, resending emails to people who haven’t opened them will increase your open rate percentage… depending on how you calculate it.

If I resend the email to the remaining 70 subscribers, and 30% of them open the resent email, my second email has been read by an additional 21 subscribers.

Using simple addition, we can determine that the new number of subscribers who have opened my emails is:

51 subscribers out of 100 total subscribers is a 51% open rate. Now comes the tricky part: do you calculate this as an open rate of 51% for one email? Or do you count it as the average of two emails, meaning that the average open rate is actually 25.5% (51% / 2 emails)?

This quirk in the math is usually simplified by most email providers: for instance, ConvertKit considers these two emails one email, so the open rate generally increases on resends.

An example of ConvertKit’s “double-open” interface: I re-sent the above weekly newsletter a few days as a test, and found that the cumulative open rate — that is, the open rate of both the original email and the resent one — increased to 48%. You shouldn’t send emails like I sent this one (and I’ve learnt my lesson!): see “Double-opens: do’s and don’ts”.

All of the above math is super straightforward -- like I’ve said, it’s just simple addition. Now for the bad news: open rates are inaccurate. In our guide to open rates, we cover how open rates are calculated, and why they’re increasingly an inaccurate metric.

Resending emails based on open rate

As astutely pointed out in the Newsletter Crew chat by many of our awesome community members...

If the new future of email clients is blocking email trackers, then open rates are inaccurate.

Consider our example at the beginning of this post. We sent a first email to 100 subscribers, and had a 30% open rate. We sent a second email to the other 70% who didn’t open the first email, and 30%, or 21 of them, opened it. Altogether, we had 51 subscribers read the email over the course of two sends.

What happens here if opens aren’t correctly tracked? For instance, say you’re writing for a technical audience, one that may be even more privacy-conscious than the average newsletter reader.

If even 20-30% of your 100 subscribers are using tools like Hey, or other email applications that block trackers, you may be sending duplicate emails constantly to these people. In that case, it’s not hard to imagine that they’ll unsubscribe!

In my opinion, unsubscribes hurt your newsletter a lot more than losing 20-30% of your open rate by not resending an email. I would much rather take a slower approach to managing subscribers: sending emails over a six month period, and looking at which subscribers aren’t clicking links, aren’t replying to emails, or moving through email sequences. With that information, I can effectively reach out to particular subsets of subscribers, do outreach to them via re-engagement campaigns, and remove them from my list as “cold” subscribers if they don’t respond.

In contrast to potentially sending duplicate emails on a recurring basis to people who may actually be active subscribers (they’re opening and reading emails, but just not being tracked), this approach can have the same impact of increasing your open rate on average, but is more time-consuming and has to happen over a longer period of time versus email-to-email.

Considering all the above information, you may find that there are still some emails that you do want to resend: for instance, announcing a new product, or offering a huge discount around a seasonal event. If you have subscribers who can convert into paid customers for your book or course, then the addition of 10-15% additional opened emails can have a tangible and important impact on your business!

With that circumstance in mind, here’s some quick rules to follow when sending double-open emails. Note that there are many more “don’ts” than “do’s” :)

Do: Change your subject line

You should change the subject line of your email before resending it. In ConvertKit, this is encouraged, and an explicit part of the “Resend to Unopens” workflow that they provide in their interface. If you sent the first iteration of your email and the subject line didn’t cause a subscriber to open the email, consider the second iteration an opportunity to try a new subject and see if it’s the one that sticks. For a subscriber who saw the email in their inbox, looked at the subject and said “Nah, I’ll delete this one”, seeing that same subject again in their inbox can come across as spam, pure and simple.

How long does it take you to read the average email? Unless you’re an Inbox Zero practitioner (Doist), it’s common for newsletters and other lower priority emails to sit in your inbox for a few days. During that time, those subscribers register as un-opened subscribers in your inbox. Because of this, most email providers and content around double-open sends recommend that you wait one week to resend your email. Any sooner, and you risk crowding a subscriber’s inbox who may have already been planning to read your email, and just hasn’t gotten to it yet.

Don’t: Do double-open sends for every email

Is every email worth sending twice to your subscribers? For most of us, the answer is clearly no — my weekly newsletter, Bytesized Weekly, will be back the following week, so if a subscriber has been subscribed for more than a few weeks, they know that they can safely miss one and the following issue will be right back in their inbox next Tuesday. As I mentioned earlier, double-sends should be used sparingly. In my opinion, the best time to use them is when it will have a tangible business impact: producing more sales, or driving traffic to a singularly important blog post or announcement.

Don’t: Use double-sends as a substitute for list management

A subscriber who isn’t opening any of your emails isn’t going to open one that you resend to them. There’s many subscribers on your list who won’t become active because of a double-open — instead, they might just be genuine cold subscribers who aren’t going to read anything you send out. A double-open isn’t the magic to get them active again; we’re working on a complete guide to dealing with cold subscribers via re-engagement campaigns, but for now, consider using your email provider’s segmenting and filtering to skip cold subscribers when sending important re-engagement campaigns: like an anchor, they’ll just drag down your open rate.

An argument for “deprecating” open rates

In software, the term “deprecation” refers to beginning to phase out a piece of software. The above scenarios make, in my opinion, a really strong case for deprecating open rates as an effective metric for your newsletter’s success. If your call to action in your newsletter is to read a blog post, or buy a product, click rate is much more effective, and continues to be something that can be tracked (though that’s out-of-scope for this post).

If open rates are indeed something that should be deprecated, it’s safe to assume that any features built on top of open rate as a metric should be deprecated as well. Resending unopened emails to the flawed subscriber segment of “emails that the open rate tracker was able to load an image for” is risky -- annoying at best, and at worst, worth unsubscribing for.

The newsletter and email marketing landscape as a whole is changing really rapidly. A few years ago, this blog post would have looked quite different: with open rates as an effective and accurate way to measure email engagement, it’s easy to imagine that resending emails would be basically a no-brainer. But it’s important to be critical and take a data-driven approach to determining how to manage your list, and with open rates increasingly becoming inaccurate, we can’t definitively say that resending emails is worth doing, even if in 2020, it still leads to a higher average open rate percentage for your emails.

Thanks to the Newsletter Crew community, who inspired this post with their awesome conversation in our chat server about why this tactic isn’t as simple as it seems: @lesley.pizza, @pauldm, and @cbartlett.

I'm a programmer and writer.

Join the newsletter to receive the latest updates in your inbox.

Getting your newsletter in front of an audience
Paid Members Public

Growing your newsletter can be quite a difficult feat, and it takes a lot of patience and consistency to reach that first 1000 subscribers mark, but it's definitely not impossible. After my newsletter had recently reached that 1k milestone, here is a detailed account of the measures and practices I

Setting up an email newsletter seems like a no brainer…?? Buy a domain, choose a topic, make a landing page, pick your choice of email software and bobs your uncle….right? Not quite the case. Your deliverability is important and it means how often your newsletters reach the recipient’s 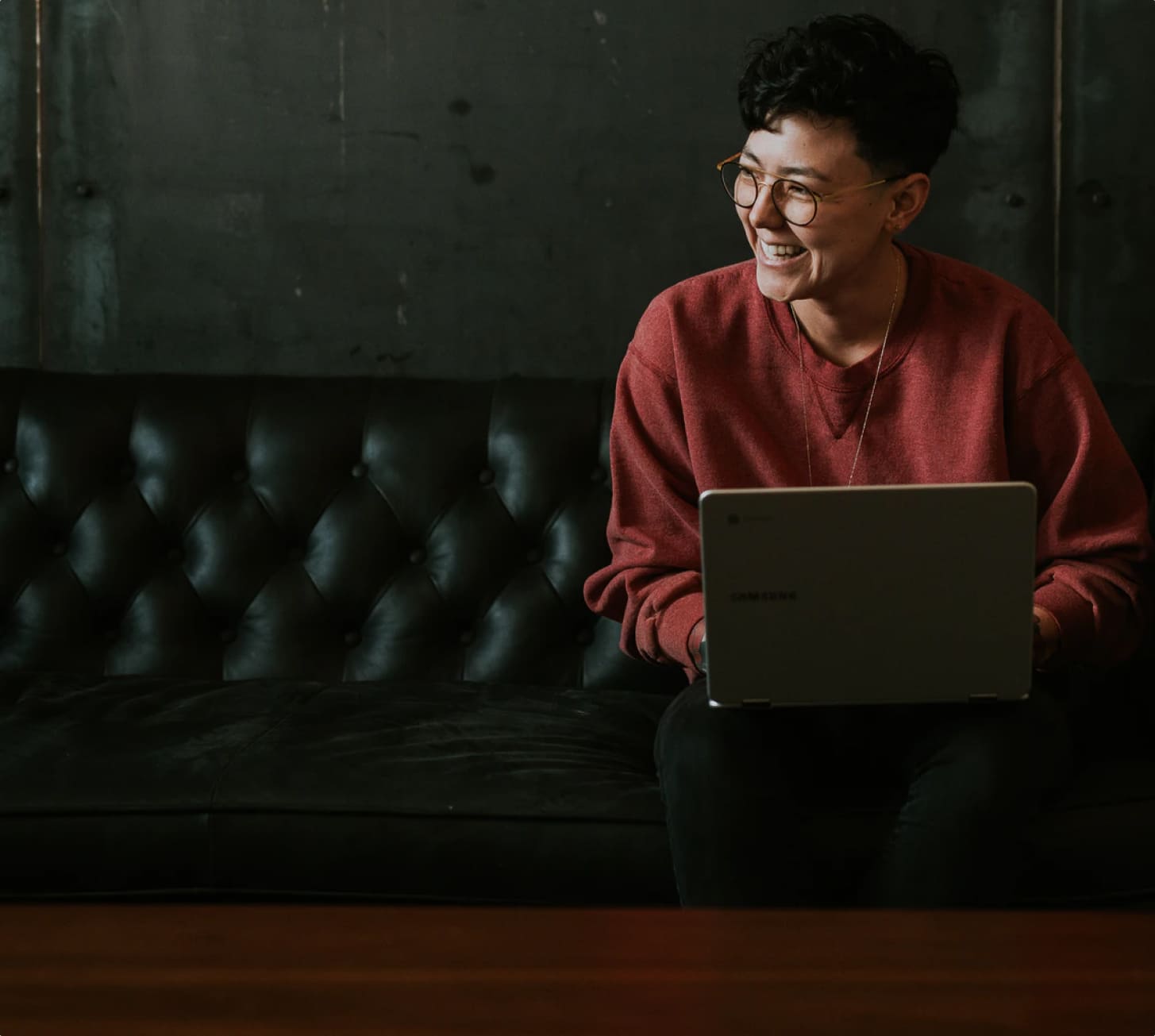 AWeber has everything you need to quickly and easily design and send your email newsletter in a matter of minutes.

Q&A: Uri Bram from The Browser

I'm a programmer and writer.